The Orion Nebula and the Horse Head 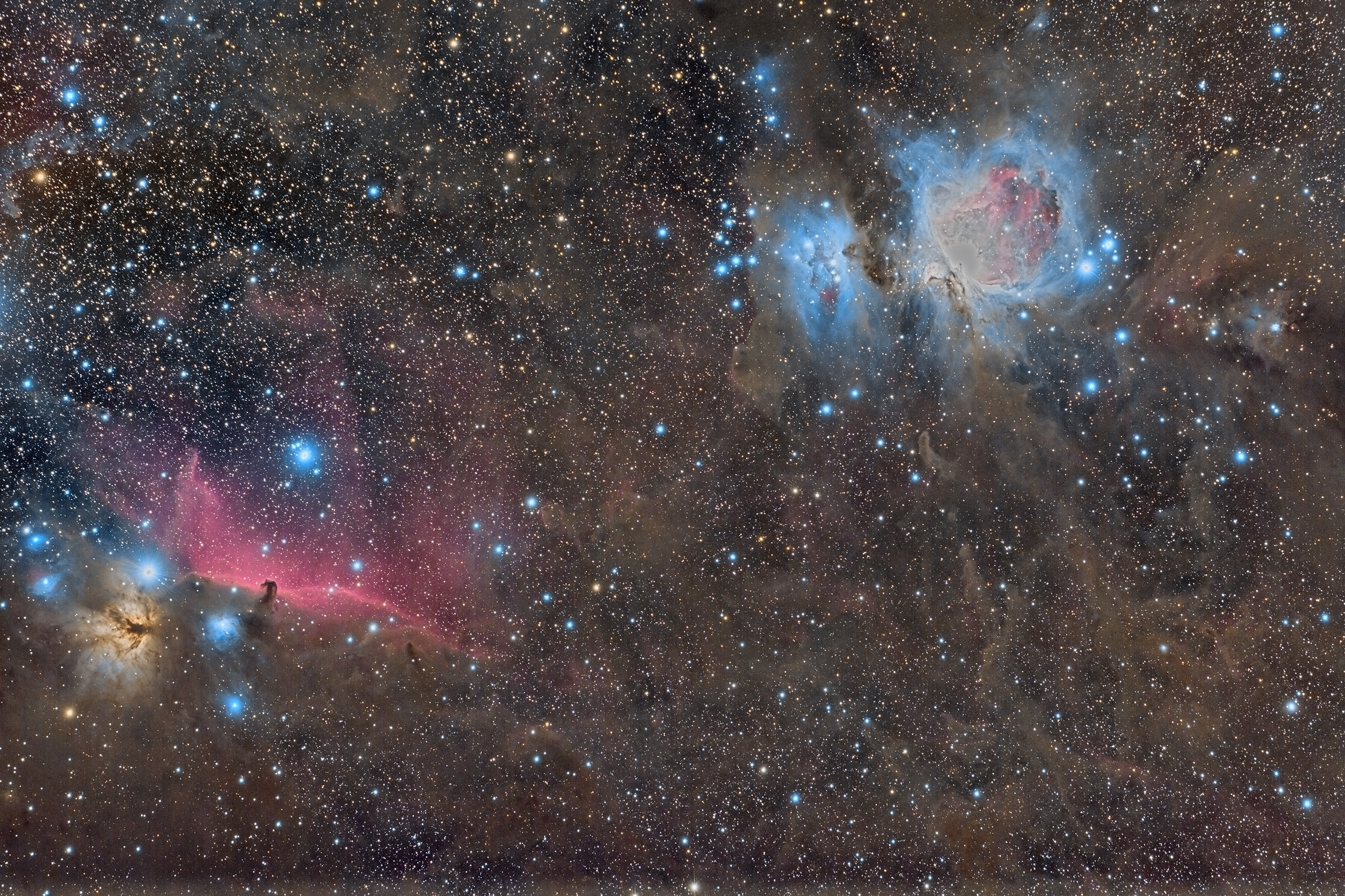 The Great Orion Nebula (M42) and the nearby Horse Head Nebula (IC 432) are amongst the most photographed objects in the deep-sky. Of all the images I have taken of these beautiful nebulae, this is my favourite because it encompasses both of them in a single wide image, but still has enough resolution to show the intricate details and also the darker dust clouds in the Orion Molecular Cloud Complex.

Click on the image below to see a bigger version.

I took this image in January 2016 whilst Sue and I were renting a rural house in Southern Spain for the Winter months. The skies were lovely and dark at the house which was in the Cabo de Gata region of Andalusia.

More remarkably, I used a non-cooled DSLR camera in the form of my modified Canon 6D. Modified means that the filter that blocks the deep red part of the spectrum has been removed which makes the camera more sensitive to the Hydrogen Alpha emissions in these nebulae. Astronomers call this a filterectomy!

I took 60 x 4 minute exposures and then 30 or so shorter exposures of 30 and 15 seconds for the brighter core of M42. The shorter exposures where blended in to the rest of the longer, deeper exposures making this image and example of an High Dynamic Range (HDR) image. Without blending in the shorter exposures, the core would appear completely blown out and the finer structures would have been lost.

All processing was performed in PixInsight, including the initial calibration using bias, dark and flat frames.