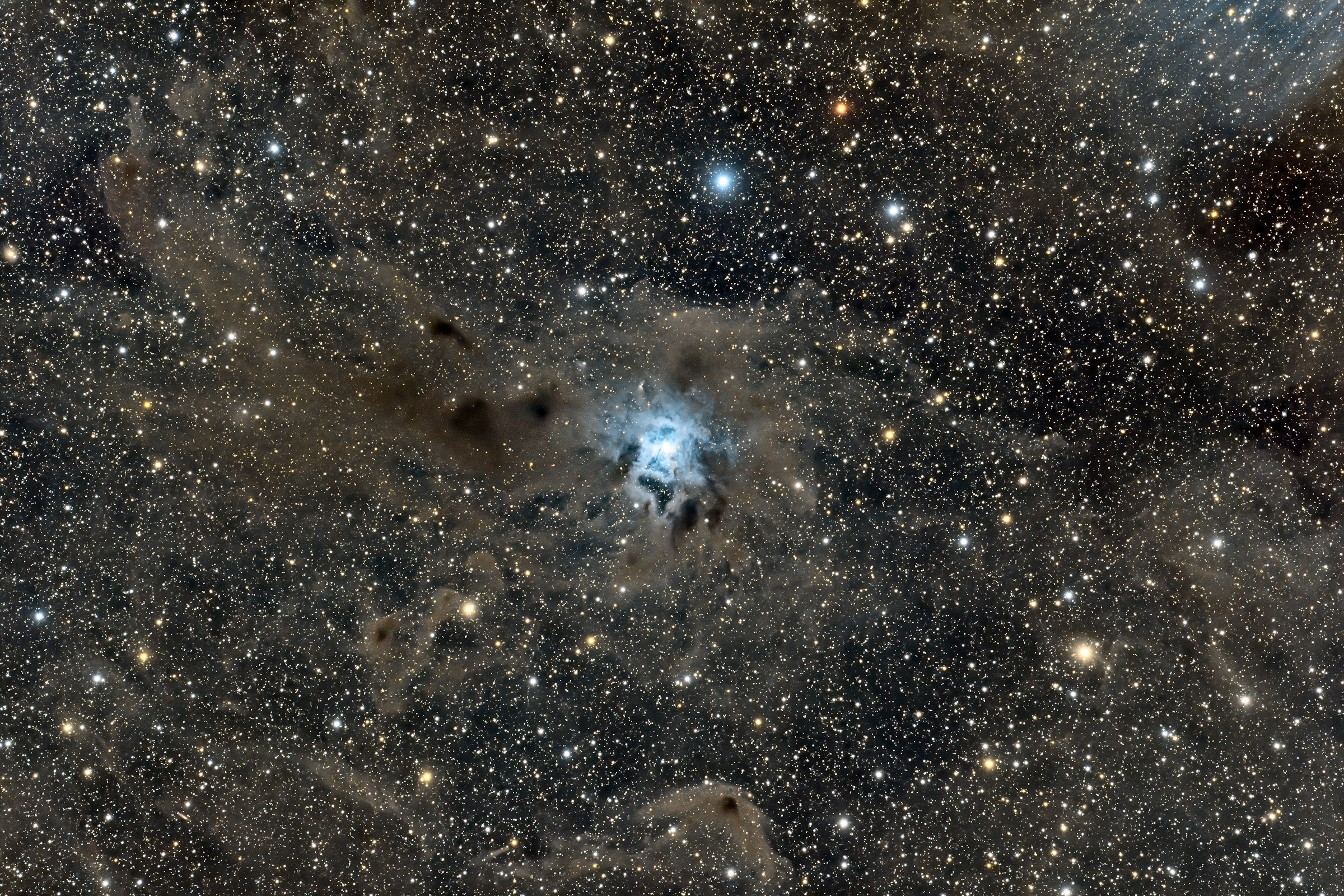 Here is my latest image from here in Ham, near Selsey. This is the beautiful Iris Nebula (NGC 7023) in the constellation of Cepheus. I took the images last night in a lovely clear, moonless sky from astronomical dusk to dawn. In all, 120 x 5 minute exposures were captured and I only had to throw away three of them because of very bright plane or satellite trails. This time, because there was no Moon, I was able to use the full bandwidth of a luminance filter on the QHY268C one-shot cooled colour camera.

The Iris nebula is an example of a Reflection Nebula. This is what Wiki has to say about these kind of objects:

In astronomy, reflection nebulae are clouds of interstellar dust which might reflect the light of a nearby star or stars. The energy from the nearby stars is insufficient to ionize the gas of the nebula to create an emission nebula, but is enough to give sufficient scattering to make the dust visible. Thus, the frequency spectrum shown by reflection nebulae is similar to that of the illuminating stars. Among the microscopic particles responsible for the scattering are carbon compounds (e. g. diamond dust) and compounds of other elements such as iron and nickel. The latter two are often aligned with the galactic magnetic field and cause the scattered light to be slightly polarized.

So, we can see that there could be diamonds in that dark dust!

Here’s the image. As always, click on it to see a much larger version in a new window.