It was clear here last night for an hour or so just as the sky was dark enough for me to make out the stars in Delphinus and Sagitta, so I took this shot of the new star with a 50mm lens on a Canon 60D. I’ve annotated the image so that you can where to find the Nova. 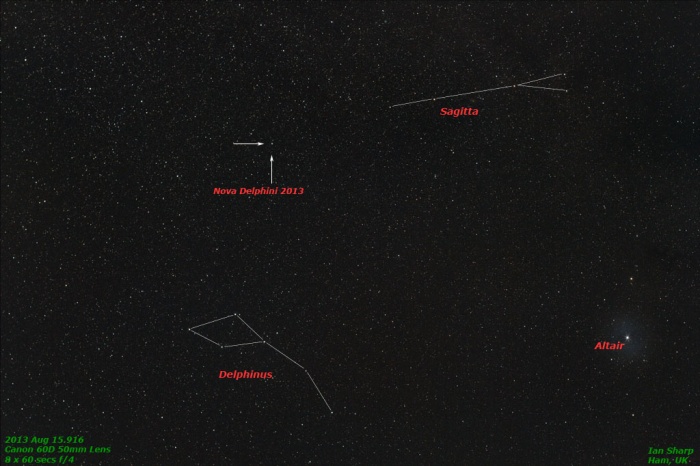