A New Star in Delphinus

A bright Nova has appeared in the little constellation of Delphinus (The Dolphin). It is on the limit of naked-eye visibility, at roughly magnitude 6.3,  but binoculars will show it well. Here is an image I took of it this morning from a telescope in Australia, but it is well placed now for Northern hemisphere observers, and I hope it might be clear enough tonight to photograph it from here in the South of England. 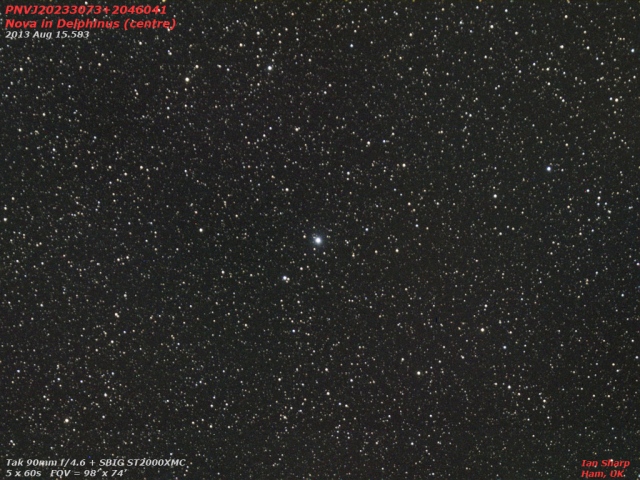 Below is a map showing the constellation of Delphinus relative to Altair in Aquila and Albireo the head star of Cygnus the Swan. The position of the Nova is marked by the red circles. Click on the map to see a full size version. 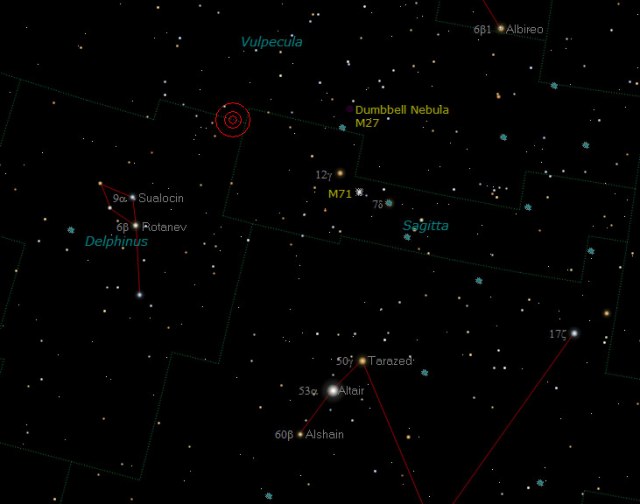 This Nova, discovered by Japanese amateur Koichi Itagaki, is caused in a double-star system when material from one of the Stars builds up, or accretes on to its companion star (normally a white dwarf) until it undergoes a thermonuclear explosion and brightens very dramatically.