I haven’t blogged for a while, and I have some catching up to do! So, here are 3 images I took over the period April to June.

From June until early August in the South of England, the nights are very short and I don’t tend to be very productive in terms of deep-sky imaging, that’s one reason for using remote telescopes in other parts of the world. (but more about that in another blog).

All of these were taken using my trusty old Celestron C11 Schmidt-Cassegrain telescope with an AstroPhysics 0.67x reducer, giving an f-ratio of f/6.7. The CCD camera was an ATIK-383L mono with Baader 2″ filters. Guiding was achieved using a Starlight Xpress Off-Axis Guider unit (OAG). The whole lot rides on my AstroPhysics AP900 mount (which is currently out of action due to a dodgy Dec-axis encoder!).

The first one is Galaxy M63 (also known as NGC 5055, or the Sunflower Galaxy). This is a spiral galaxy in the constellation Canes Venatici consisting of a central disc surrounded by many short spiral arm segments. M63 is part of the M51 Group, a group of galaxies that also includes the more well-known M51 (the ‘Whirlpool Galaxy’). 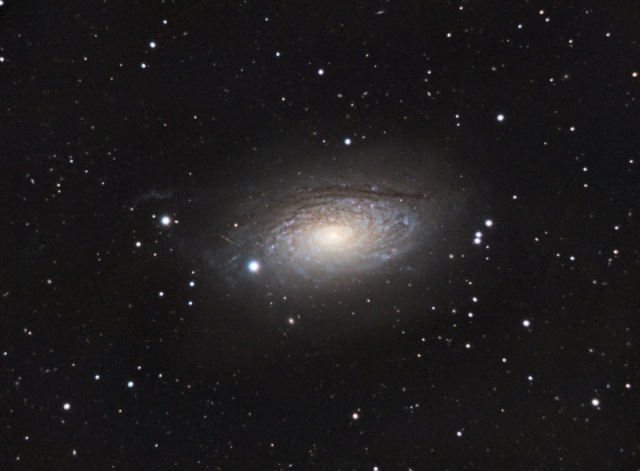 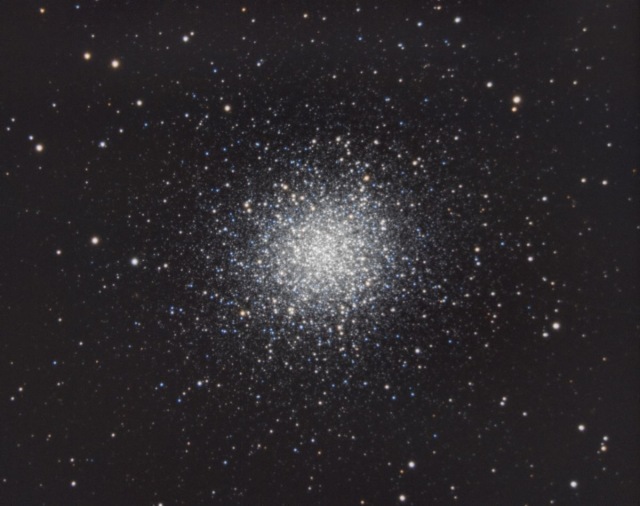 Finally, I’m very pleased with this image of the lovely face-on spiral galaxy M101. This galaxy, in Ursa Major is some 21 million light-years away, and is also known as the Pinwheel Galaxy. 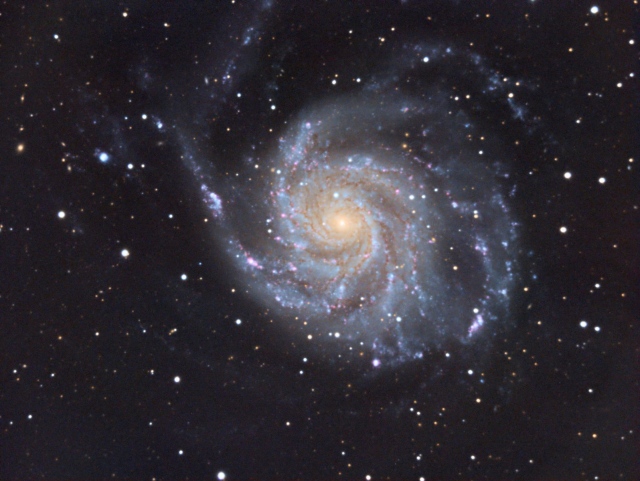